Lowe's has a rich family history that can be traced back to the late 1940s when E.M. 'Bud' Lowe started his career by selling candy and sundries with only one truck distributing throughout the town of Littlefield.

The Lowe's grocery career began in 1964 with the purchase of their first store in Olton, Texas. Bud and his son, Roger, founded the company on the principle of taking care of the community, their teammates and their family. 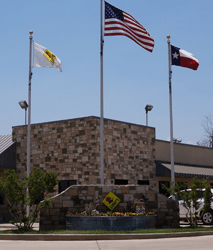 It is this philosophy that has allowed the company to grow to 146 stores West Texas, New Mexico, Arizona and Colorado.

As his father passed the tradition onto him, Roger is passing the legacy onto Roger Lowe Jr. and Lezlie Lowe. Roger has now become the mentor, advisor and encourager to his family. 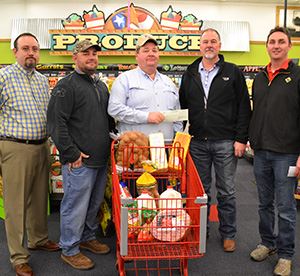 These teachings along with the younger generation's energy, leadership and counsel have launched Lowe's into one of the fastest growing supermarket chains in Texas and New Mexico.

The entire Lowe's family is involved and dedicated to ensuring the success of Lowe's. Roger Lowe Sr. serves as President/Chairman of the Board, Yvette Lowe, Roger Lowe's wife serves as Vice-President; their son, Roger Jr. serves as VP/CEO and their daughter, Lezlie, serves as VP/General Counsel respectively.

The Lowe's strive to give their teammates the opportunity to grow personally, have good means for providing for themselves and their families, as well as, provide a rewarding career path. The real success of Lowe's is attributed to their teammates!